You need a backup strategy and you need one now. Not tomorrow. Now.

Many of us have had their hard drives failing, operating systems crashing or even people stealing their computers and hard drives. Murphy wasn't lying when he said "Anything than can go wrong, will go wrong". Unfortunately for me, Mister Murphy proved to be right more than once already. The importance of a good backup strategy can't be stressed enough.

Because every month or so, somebody asks me how they should back up their data, I've written down what I personally do to try to avoid data loss. Of course, my backup strategy isn't the only one and it probably isn't the best one either, but it's a method that has worked for me in the past, so you might find it useful as well. Let's get to it.

I have my files in Dropbox, I'm good right?

Dropbox isn't made for backing up full hard drives, it's made for easily sharing files between computers. Of course, if your critical data only takes up a few gigabytes of data, you'll be fine syncing with Dropbox. In my case however, I have around 200 GB of photos from several travels that I don't want to lose.

A backup on 20 DVD's isn't going to last so we need something better. Also, if you have a lot of data, Dropbox will cost you some serious cash. To give you an example, the 500 GB plan now costs around 499$, that's a bit too much for backups. Or is it?

I work primarily on a macbook or iMac, so some of the tips I'm giving here will be Mac related, but I'm sure there are alternatives that do exactly the same thing on Windows. The first thing you'll want to do is back up your data locally, in case a hard drives dies or your operating system decides it doesn't want to be on this planet anymore.

Last year, my macbook had a problem with its GPU and the local Apple reseller decided to swap out the hard drive with a new one, just to make sure that drive wasn't causing the issue. As a result, all my data was gone, but luckily I had created a local backup with Time Machine. Time Machine comes built in with Mac OS and only needs an external hard drive to back up your data continuously.

I've bought a reasonably priced external hard drive that isn't too fast, but it's big enough to hold a complete copy of all my data. My advice would be to buy a hard drive that's at least double the size of the data you want to back up. Spend more cash on disk size, save on disk speed. It's only going to be used for backups after all.

If you want to spend some extra cash, you could also buy a time capsule from Apple, which is nothing more than a wireless hard drive you can use to back up your data. What's awesome about Time Machine is that you can just set it and forget it. Time Machine will take regular backups, multiple times a day.

When your Mac crashes (mine did yesterday), you can simply reformat your hard drive and restore your complete system and data from your time machine. Awesome. That will save us some sleep, but it's not bulletproof yet.

Now that we have local backups in place, one more thing to worry about is that your backup hard disk will fail when you need it most. Another thing that could happen is theft. A friend of mine had his laptop and hard drives stolen from his house the other month. If that happens, say goodbye to all those years worth of photos, including your daily backups.

To make sure you don't have to worry all night about your local backups and thieves grabbing your hard drives, you can create online, off-site backups that aren't stored in your house but somewhere in the cloud. 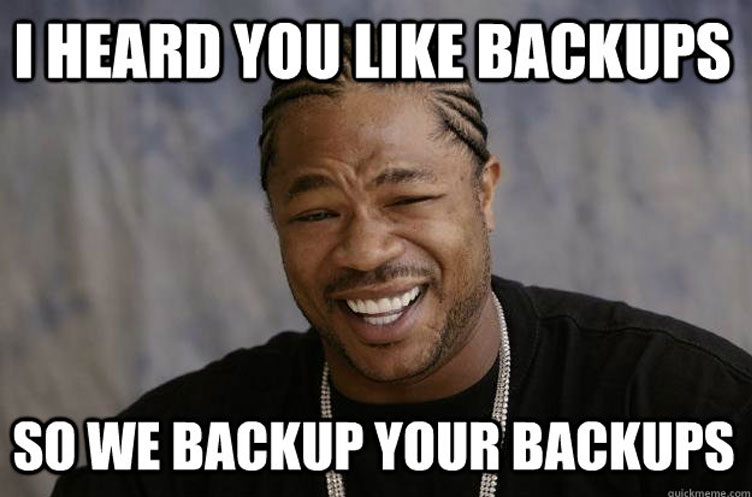 Personally I'm happy with Crashplan. They offer different pricing plans for personal or business use and depending on how many computers you want to back up, you'll pay around 3 dollars per month for one computer or around 6 dollars per month for up to 10 computers for personal use. The only downside is that your initial backup will take several weeks to complete, unless you send them over a copy of your hard drive.

If you do that, they'll make sure that they copy over your data and you'll only have to sync newer files. Of course, they will charge a fee for doing so and I'm not really tempted to send over a hard disk to the United States since I'm in Belgium. I personally just got rid of the bandwidth limits the Belgian internet provider "Telenet" has in place and I've switched to their fair-use unlimited data plan called Fibernet.

That way, I can create a backup of around 200 GB worth of data and send it to an online backup service. Once that initial backup has been seeded, Crashplan will only send newer or changed files to its servers. Although I couldn't be happier with how Crashplan operates, I must say it did something weird the other day when I restored my Mac after a system crash.

Crashplan decided to re-upload all of my data, probably because it couldn't decide if I had uploaded the same data or not after the restore. Other than that it has been a painless process so far. If you like options, here are a number of alternatives to Crashplan.

Every hard drive will eventually crash. Yes. Even yours

Hard drives are fragile pieces of technology. Check out this slow motion video of a how a hard drive operates and realize that yours will crash one day, maybe even tomorrow. When that happens, we'll be sipping cocktails together by the pool. After all, you've decided to put a backup strategy in place didn't you?

The only person who doesn't need backups is Chuck Norris, because you know, he forces the universe to go back in time. So tell me, what's your backups strategy?

« Why I switched from Mobistar to Mobile Vikings and why you should too
Keep on reading
What is Repetitive Strain Injury (RSI) and how can you prevent it? »